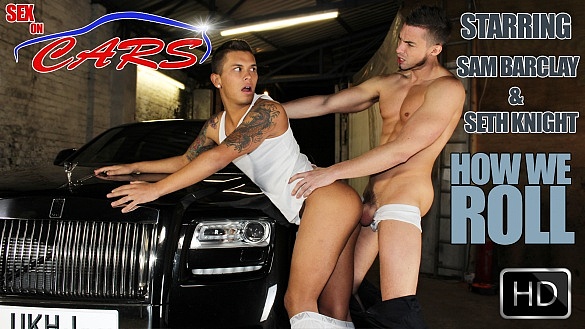 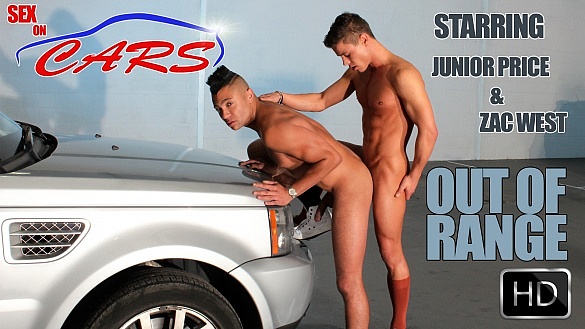 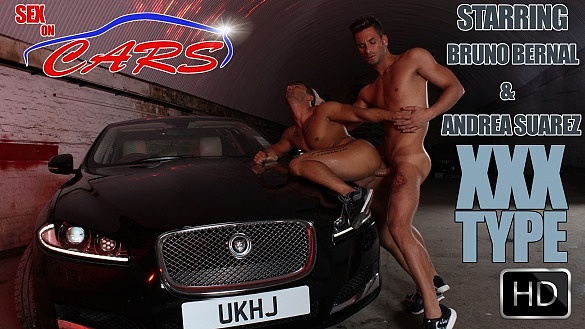 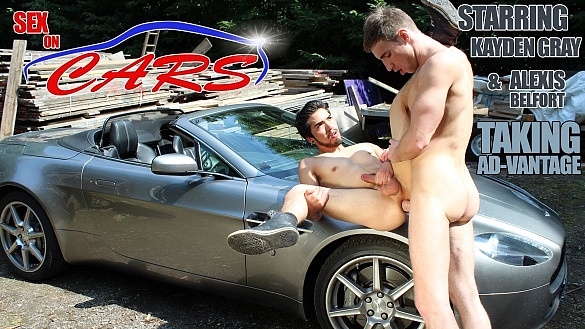 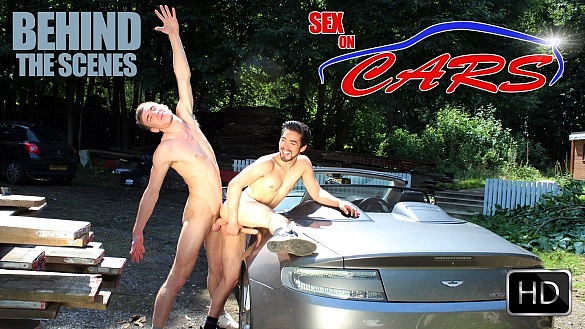 Sex On Cars | Behind The Scenes Bonus

Sam has taken boyfriend Kayden out on an errand in their flashy Aston Martin V8 Vantage convertible. He has to leave Kayden in the car to go and do something and tells him he won’t be long. It’s a beautifully sunny day in merry old England so Kayden doesn’t mind, he soaks up some rays and relaxes in the comfort of an expensive sports car. Time passes and he gets a bit bored, that is until cute farmer boy Alexis stumbles across the parked up Aston and is instantly smitten… with the car. Kayden on the other hand fancies a bit of this sweet looking country boy. He strikes up conversation with him, he knows this motor is a pulling magnet so barely even has to try. He offers him a seat in the drivers side, Alexis jumps at the chance and Kayden has him right where he wants him. “Feels good doesn’t it?”
Kayden places his hand over Alexis’s. There is a pause, before both boys reach in for a sun kissed kiss.
Who knows when Sam could be back? He better move things along, getting him out of the car so Alexis can guzzle down Kaydens huge monster meat, working his double tongue piercing over the head and thick shaft. Alexis takes his turn to get sucked off, stroking the sweat running down his abs in the heat of the sun as he does. Bending over the rear of the sports car and slowly backing onto Kaydens giant juicy cock, loving every second and inch of it. He rides Alexis right into the car, glistening with sweat and groaning with passion. Moving around to the front of the car Alexis supports himself on the bonnet using only his hands, giving Kayden unrivalled access to his levitating butt. A really beautiful position to fuck in! Intense, hot and tense all over. Flipping him over again they doggy over the headlights before spraying both loads over the hot metal and glasswork.
Sam arrives back to the car and apologises for his delay. Kayden says he needn’t worry, he kept himself amused. 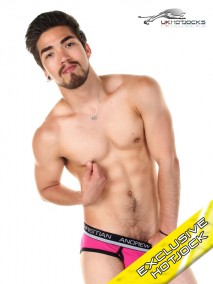 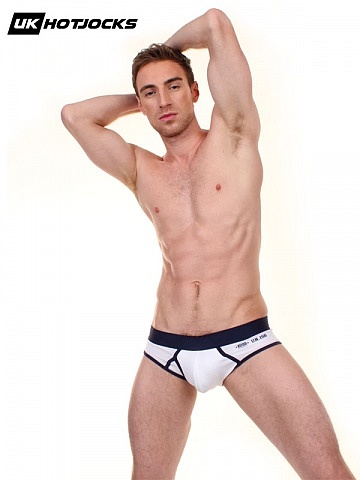